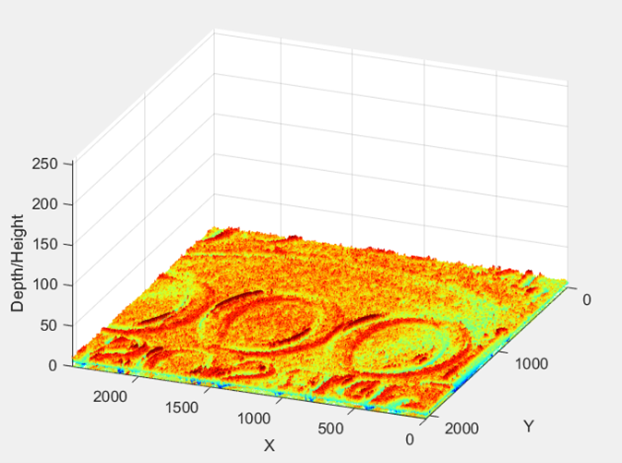 With cultural heritage objects, the ability to create 3D digital copies of these objects has become more prevalent as the technology needed has become more accessible. This process of digitizing cultural heritage objects is incredibly important for multiple reasons connected to conserving, studying, and sharing them with as many people as possible. From a conservation standpoint, digitization can provide methods of analyzing how the object changes over time, whether due to the wear of time or due to handling of the object during study, transport, etc.

It can also be important for study as having a digital representation of an object can enable scholars to spend more time with it without having to expose it to elements that could hasten its degradation. Beyond this, different types of data, such as infrared and ultraviolet imagery, can be used to be augment the 3D models and to reveal information and patterns that aren’t visible to the naked eye. Lastly, digitizing objects can make them available to a significantly wider audience, with people halfway across the world who might have never had a chance to see the object in person now able to get a better sense of the object while being able to explore it a bit more freely and with more interactivity than can be provided by pictures. Since a desire of this expansion of access is a realistic representation of the object, there’s also the added benefit of long-term preservation in that it can be referenced in the future as a snapshot in time. In both academia and general curiosity, this ability to more freely and widely share objects that can communicate our cultural heritage is one of the most important developments.

Early Stage Researcher (ESR) 9 David Lewis’ work so far has been concerned with the goal of improving how images of different cultural heritage objects can be captured so that more information can be extracted from them and the accuracy of the digitization process can be improved. His work tries to understand both the overall shape and structure of objects as well as the smaller-scale texture so that their contributions to the overall object appearance can be better understood. The status of this work was presented at Electronic Imaging 2021, where David was able to show how he proposes to analyze stacks of images that are varyingly focused to pick out groups of important details that lie on similar focal planes. The results of this can better communicate to the camera what images might be important for understanding the 3D shape of the object.

While the aim of this proposed work is to increase the quality of these points and subsequently increase the quality of the 3D digital model, this work came out of a broader attempt to understand how texture can be examined on these objects. This deep dive into texture (and overall shape and structure) now continues with the hope of finding the relationship between shape, texture, and the digitization process.